Collective sales are the important supplement for developer to replenish the land to grow their businesses, as upcoming projects. When the market turned around in 2017 to see stronger demands from prospective buyers and record-breaking land bids, collective sales also boom too. 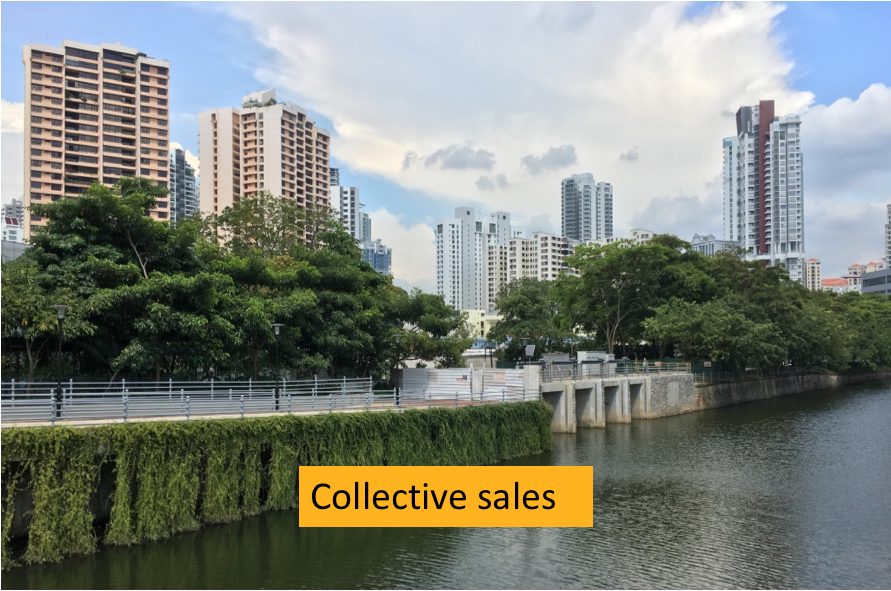 Great changes take place in the residential market in 2017. It’s reported that the developers’ unsold inventory has dropped to the low point.  There is only one winner for each piece of land from the Government Land Sales, many developers have harvested nothing and have to look into the lands from completed developments for collective sales.

In 2017, total numbers of residential collective sales in Singapore have already hit the highest level after the period of 2010 to 2012. The overall values of transactions have reached the highest level since year 2007. Referring to Edge Property report in Dec 20, 2017, there are at least 30 En Bloc sales in 2017 with a total of value of transactions up to $8.6 billion. Over 3,100 units’ owners need to look for replacement homes in due time. Collective sales activity can be regarded as a leading indicator that residential market is turning around.

The collective sales activity continues in 2018. Developer SingHaiyi Group has bagged the residential site, Park West Condominium in Clementi for $840.9 million in Jan 2018. Freehold high-rise condominium Dunearn Gardens close to Newton MRT Interchange has put up for en bloc sales with a reserve price of $488.8 million. The freehold City Towers condominium along Bukit Timah Road also attempts the collective sales with a reserve price of $355 million.

In 2018 till the month of May, there have been over $8 billions of collective sales closed. Property experts have expected en bloc sales will be still active in 2018. Developers will take the advantage of market recovery to replenish their land banks given the limited sites from the confirmed list in first half year of 2018 Government Land Sales.

Meanwhile, developers are also selective to the en bloc sites bearing in mind the profitability and increasing costs. The collective sales homeowners should be rather realistic to the offers for their aging properties.

The Government has noticed the upsurge in collective sales market. On Nov 13, 2017,  URA announced that, with immediate effect, it was mandatory for all buyers of collective sale sites to submit a pre-application feasibility study on traffic impact, along with their outline development applications for the site.

99-year leasehold sites in the suburbs, especially the privatised HUDC sites in the north and east regions have contributed over 50% of collective sales values in 2017.  The Chief Valuer had raised development charges of up to 29% in areas in the northeast region such as Hougang, Tampines Road and Punggol in Sept 2017.

Small to middle size of freehold sites or sites in the transforming areas with the huge government infrastructure plans may be popular for developers to manage the risk and improve their profit expectations.